For 30 years, the games industry worked in a certain way. People rented offices and set up studios to create games; they employed staff to work in-house, then got those projects funded and distributed by publishers. If you wanted to opt-out of that setup, you worked alone, or in a small team, as an indie developer – you operated in a totally separate stratosphere; the system neatly self-segregated. Meanwhile, in the background, the business worked to the seven-year cycles dictated by the lifespan of the major consoles. It was a machine of discrete components. 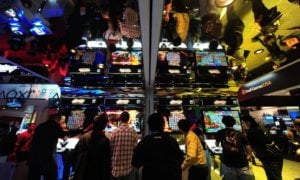 But that machine is rusting and falling apart. Something new is coming.

It started 10 years ago. The dawn of the broadband internet era gradually allowed developers to distribute their games digitally rather than as boxed copies, immediately cutting manufacturing and distribution costs out of their budgets. The arrival of the Apple iPhone created a stable marketplace for the previously chaotic mobile gaming sector, the release of new development applications like Unity, GameMaker, and Twine meant that people didn’t need to know how to code to make games or spend months – even years – developing their own graphics engines. Big companies started to notice; the console manufacturers opened online stores and courted indie devs to produce weird titles like World of Goo and Braid, both out in 2008. Then Steam arrived and blew open the PC games market.

The result is an industry that works in a radically different way than it did a decade ago. And we see this at every level. Take console manufacturing for a start. Until this generation, console makers stuck with one architecture for the lifespan of their current machine, maybe altering the form-factor or HDD size or adding new peripherals, but rarely tinkering with the processing capacity. Now, both Sony and Microsoft are likely to announce mid-lifecycle upgrades to their machines. The rumored PlayStation 4 Neo should add CPU and GPU power to cope with virtual reality and 4K screens; Xbox One is likely to evolve closer to the PC to run the Universal Windows applications that may unite the computer and console gamers. The seven-year lifecycle may be over.

A games fan holds a copy of Mortal Combat for the Sega Mega Drive.

“I think this is a symptom of Kurzweil’s law of accelerating returns which we’ve seen having an impact in just about every part of society and every aspect of technology the world over,” says indie developer Shahid Ahmad, who was until recently director of strategic content at Sony Computer Entertainment Europe. “Look at the pace of change in mobile phones over the past five or six years; it’s been crazy. There’s a fear that there will never be another console cycle that lasts as long as the previous generations.”

What he sees in the Xbox One and PlayStation 4 are two machines that have converged on the same type of architecture: they are both effectively compact PCs, built around essentially off-the-shelf processors and graphics cards. This has happened to upgrade the platforms more quickly, responding to technological advances, without immediately making earlier versions of the architecture obsolete. “It’s what Apple calls a tick-tock cycle,” he says. “You launch a product, then you came out with a .5 version.”

Piers Harding-Rolls, head of games at IHS Digital, agrees. “It reveals that consoles are becoming more aligned to other consumer electronics categories,” he says. “The standardized components that are now being used to go into consoles means that upgrades are more numerous and easier to implement. Consoles then are now glorified smartphones, built to be adaptable on a two- rather than seven-year cycle while keeping legacy users in mind. The challenge for console manufacturers is adopting a more iterative lifecycle without fragmenting the addressable audience.”

A man stands over his new Xbox One console.

The structure of the games themselves is also radically changing. For the last five years, we’ve seen the rise of downloadable content and in-game microtransactions designed to extend the lifespan of major new console releases. When players buy a new title like Call of Duty or Fallout, they can also payout for a “season pass” that will buy them all subsequent map packs and content additions, keeping them engaged in the product. But that model still relies on consumers paying out £50 in advance for the original game, and not enough people are willing to do that. So the industry is toying with new models.

One involves releasing a limited version of the game at a cheaper price point and allowing purchasers to pay extra for the features they want or simply download new levels. The latest Hitman and Street Fighter V both employ variations on this method, and we’ve even seen Microsoft experimenting with a free-to-play variation of its console hit Forza Motorsports, designed specifically for the PC market.

“Triple-A game continues to get more expensive to produce, but the audience for those experiences is not growing, so they’re becoming riskier,” says industry analyst Nicholas Lovell. “One powerful way of reducing that risk has an audience that you know will buy your game. When Hitman goes episodic, it is attempting to say, ‘once we have found a customer, which is expensive, let’s keep them, and keep offering them, directly, the thing we hope they want to buy.” 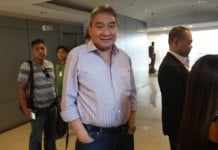 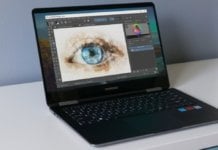