Waiakea is a Hawaiian water brand that travels through 14,000 feet of volcanic rock before reaching the bottom as spring water in the Mauna Loa volcano’s feet. The Waiakea water PH is naturally alkaline — a one-of-a-kind bottled water with an 8.8 PH. The water passing through the rock loads the water with minerals and electrolytes for a refreshing feeling after a drink. The plastic bottle is made of sustainable, carbon-neutral, and 100% recycled plastic. Water with a cause, every bottle of Waiakea water donates 650 liters to people of waterless regions in Africa through the PumpAid program.

When consumers are disappointed by plastic-bottled water because of its filtered tap water and contribution to pollution, Waiakea is one bottled water company that may be worth the purchase. The water of Waiakea comes from natural and pure water sources in the Hawaiian volcanic slopes. The founder of the company, 22-year-old Ryan Emmons, discovered on his family vacations to Hawaii that the water they were drinking there was very different than

others he had tasted elsewhere. A single spring on the Big Island of Hawaii flows from thousands of feet on the Mauna Loa volcano slopes. On its way, the water picks up electrolytes and minerals like silica, potassium, magnesium, and calcium — all elements necessary for good health. The silica found in the water gives it an especially silky and smooth taste. The element silica is so important to the human body that drinking only 10 mg per day can reduce Alzheimer’s and other cognitive declines.

The natural Waiakea water PH that is measured between 7.8 and 8.8 PH makes it naturally alkaline. There are bottled waters that are artificially alkaline, but they do not have the same positive effects as natural alkaline waters. Alkaline water and foods prevent diseases and conditions in the body that stem from an acidic medium. The Waiakea company was founded in 2012. By 2017, the company sales grew by 4000% and what was an entrepreneur idea of sustainable water-sourcing became a 10 million dollar company.

Besides the so good water it sells itself, the company earned its reputation from its sustainable practices and charitable causes. The water bottles of the company are made from recycled polyethylene terephthalate that is Carbon Neutral certified. The production of these bottles requires 85% less energy than new plastic bottles. The carbon emissions from such production are 90% less than traditional bottles and are BPA-free.

The Waiakea water company is partnered with PumpAid — a charity working at the dryest rural lands in Africa where people have limited or no assets to pure drinking water. A single liter of water brought from Waiakea sponsors a week’s quantity of water pumped from below the earth and delivered to people in need of fresh and clean water. The donation from the company has provided more than 500 million liters of donated water.

The company is planning to take its environmental innovations even further. By 2018, the company plans to launch the first fully degradable and recyclable water bottle. They plan to achieve this through the partnered company TimePlast — the only patented plastic degradation innovator using nano-degrading technology. This technology allows for plastic to degrade 97% faster than the standard material. The bottle will be in no way different than standard plastic bottles, but they will take only roughly 15 years to biodegrade in nature, unlike the 1500 years needed to break down a single plastic bottle. Yet another innovation that puts the Waiakea company at the forefront of the sustainable water bottle business. 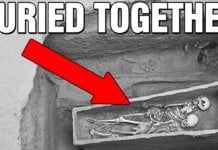 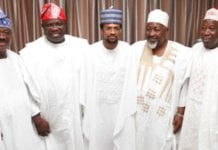