Will buying a car soon involve questioning whether it is compatible with your smartphone? Google has announced a new “Open Automotive Alliance” (OAA), teaming up with carmakers Audi, General Motors, Honda, Hyundai, and the graphics chipset company Nvidia to “enable new forms of integration” – but will find Apple and Microsoft already wooing many carmakers with their own software. 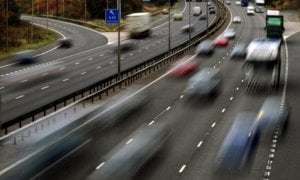 Nor do carmakers seem prepared to throw their lot in with one or the other platform. Audi, General Motors, and Hyundai have previously announced tie-ups with Apple, while Ford counts both Microsoft and Apple among its collaborators. (A table showing which company is with which initiative is at the end: only Hyundai belongs to all the projects currently underway.)

Announcing the project in a blog post, Google’s director of Android engineering, Patrick Brady, says that “there’s still an important device that isn’t yet connected as seamlessly to the other screens in our lives – the car.”

The OAA aims to adopt Android for the car to make driving safer, easier, and more enjoyable for everyone” by “enabling new forms of integration.” It says, “you can expect to see the first cars with Android integration by the end. Of this year.”

The timing, just at the start of the International Consumer Electronics Show (CES) in Las Vegas, is intended to attract attention – unlike the relatively low-key launch of the Open Handset Alliance in 2008, which first drew together mobile handset companies who provided the first backing for Google’s mobile OS.

Commenting on the announcement, the research group Canalys commented that the OAA “is a step forward for Google, but is playing catch-up to Apple’s larger “iOS in the Car“ community.“

The move puts Google, with Android, into direct conflict with Apple, which is working on a similar “iOS in the Car” project, and Microsoft, which already has versions of Windows embedded in several vehicles on sale.

But both Apple and Google are far behind Microsoft, whose “Embedded Automotive” software is already used in vehicles made by Ford, Fiat, Kia, and Nissan. Microsoft announced its own “Auto PC“ initiative at CES in January 1998 – with companies including Citroen, Nissan, Hyundai, and device makers including Samsung.

Today, Microsoft already has applications in place for “information sharing“ between cars, such as Autolib, a Paris-based car-sharing system.

Apple, too is working with vehicle manufacturers on “iOS in the Car, which was announced at its Worldwide Developers Conference (WWDC) in June. The latest beta version of its iOS 7.1 software includes some settings which would enable that – suggesting that early implementations are imminent.

The iOS in the Car project says it will include the voice-operated Siri system, GPS, and telephone functionality embedded in the systems. Apple has lined up a large group of participants, including BMW, Acura, Audi, Ford, General Motors, Honda, Hyundai, Mercedes-Benz, Toyota, and Volvo.

The presence of Audi, General Motors, and Hyundai in both Apple and Google’s alliances points to wariness on their part to being locked into any one platform in case it leads to incompatibility, which could lose a sale if a customer doesn’t have the right device to connect to the car.

Since 2009 a separate car business group, the GENIVI Alliance, has been working on in-car apps and systems for “infotainment,” and in 2010 adopted the open-source Meego platform initially developed – but then abandoned – by Nokia. GENIVI’s members include Volvo, GM, Honda, Hyundai, Nissan, and others – and the group is giving a presentation at CES this week entitled “Collaborate or Die” (PDF).

A growing number of accessory makers are making systems that hook into cars’ computer-controlled engine control units (ECUs) to report data about trips. This can be compatible with both Android and iPhones through suitable apps or with any platform via Bluetooth.

The RAC began selling such an accessory, called Advance, last year, while in the US, a company called Automatic provides similar details for US vehicles.

Google says in an FAQ on the OAA site that “We’re working with our partners to enable better integration between cars and Android devices to create a safer, car optimized experience. We’re also developing new Android platform features that will enable the car itself to become a connected Android device. Stay tuned for more details coming soon.“ It hints that developers will be able to target car users in a specific way, “rather than a patchwork of platforms from different automakers.”

It argues that the benefit forcarmakerss is that they “will be able to leverage a platform already being used by millions to deliver a familiar and consistent experience to their customers.“ 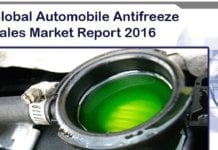 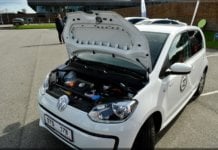 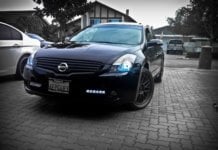